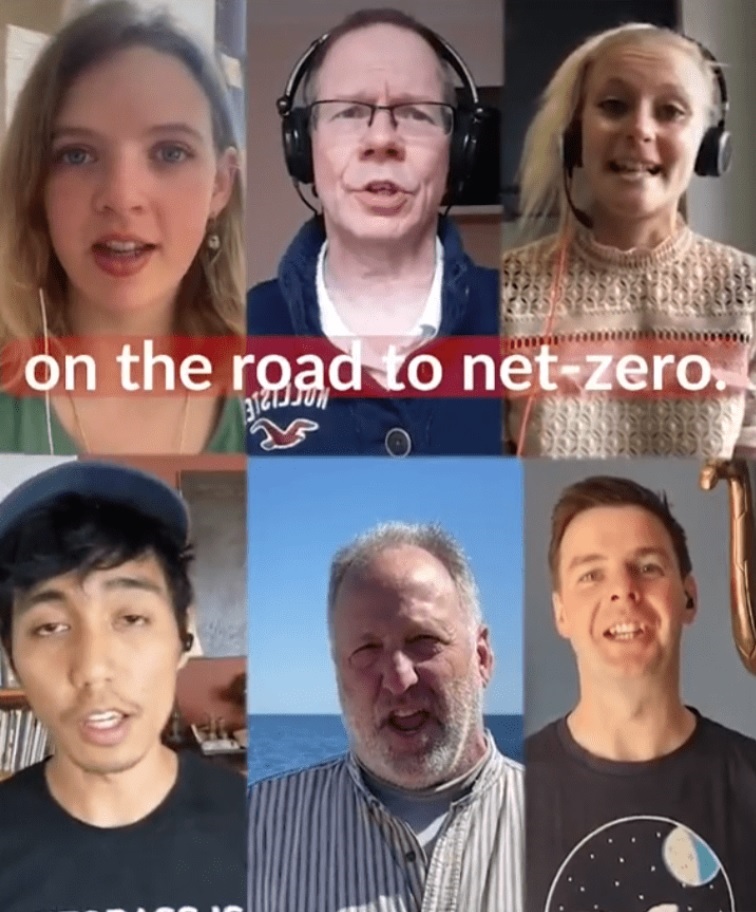 2021 has already seen a number of positive changes, initiatives, and innovations for the energy industry as the sector’s transition to renewable sources of energy has gathered pace around the world. A trend which has coincided with the surprising global renaissance of sea shanties on social media.
The trend was started on TikTok by Scottish folk singer Nathan Evans in December 2020 with his cover of ‘Wellerman’, a 19th-century whalers’ song which was picked up and shared over 120,000 times on the platform. Sea shanty fans of every age from around the world liked, shared, and responded by uploading duets or original covers of their own under the hashtag #SeaShantyTikTok.

But sea shanties have a long and storied history from before they arrived on TikTok. Originally implemented as work songs sung by sailors to establish the rhythm of the various heavy and repetitive jobs aboard ships, shanties helped the crew to work together to get the job done. They were adaptable, often improvised, work songs with a purpose directly tied to the power of the wind.

Xodus were caught up, along with the rest of the world, in the viral sea shanty trend. Swept away by the idea of collaborating and learning to work in synch with others, they wanted to tap into the popularity of sea shanties on social media to raise awareness among young people about the offshore renewables industry. They also wanted to use shanties to encourage young people interested in STEM, who may not be aware of the opportunities available in the industry, to consider a career in offshore wind or marine energy.

Looking to collaborate with colleagues and networks in America, where renewable energy is making waves, Xodus reached out to musician and STEM ambassador David Coffin to write an original sea shanty that would reflect the modern world of an offshore worker in the renewable energy industry. David, who has previously worked with Guinness, Samsung, and UnderArmour, worked closely with the team to workshop specific themes and phrases for the song’s lyrics.

Taking the sea shanty staple ‘Roll the Old Chariot’ as his inspiration, David re-worked the shanty’s traditional lyrics to help create a song to inspire listeners about the power of renewable energy and the road to net zero. By sharing the shanty on TikTok and other social media platforms it is hoped that young people will be encouraged to participate and inspired to think about careers in STEM, primarily working in the renewable energy industry.

The final result is a song which is not only fun and memorable, but also positions a career in energy within the context of more traditional marine careers.

The global reach of the sea shanty trend, as well as the many other TikTok trends currently being shared round the world, has shown that the idea of working together to achieve a shared goal has struck a chord with young people today. Therefore, it only makes sense to apply this to the goal we all share of achieving net zero emissions and creating more sustainable energy resources.

While ‘Wellerman’ was going viral online, in December 2020 the UK became the first major economy to put net zero ambitions into law and released its Sixth Carbon Budget which charts the country’s ambitions. A collaborative and coordinated effort by a multitude of corporate and political bodies along with the energy industry will be needed to achieve the goals set out in the Carbon Budget. Meanwhile, Scotland will play host to COP26, an event dedicated to highlighting international opportunities for collaboration in the journey to net zero, in Glasgow later this year.

If you have enjoyed learning about sea shanties and would like to have a go at singing one yourself, duet with Xodus on TikTok here or share your thoughts about a career in renewable energy with Xodus on their social channels on Facebook, Twitter and LinkedIn.