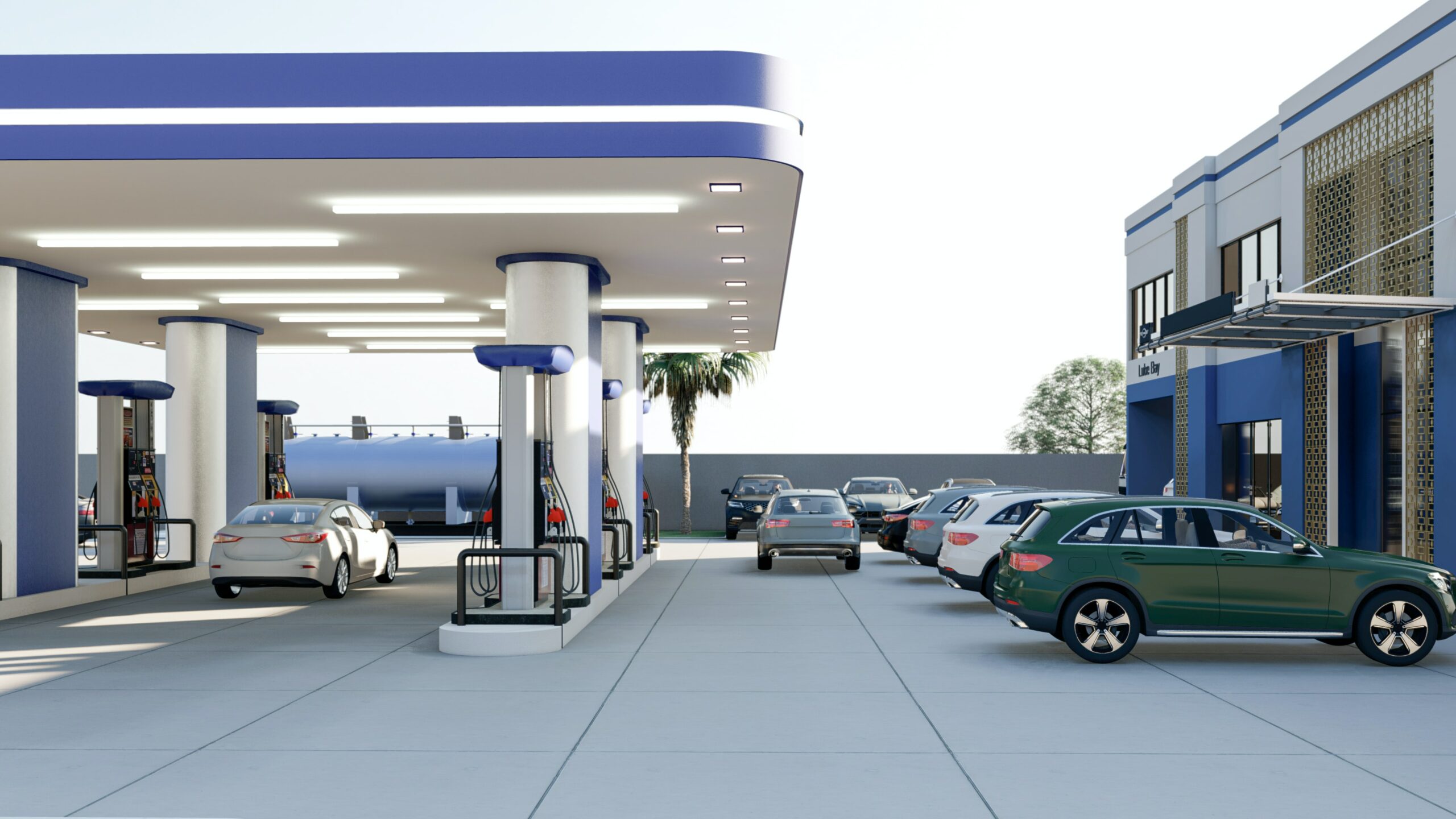 A common sight across many countries worldwide, the petrol station has become synonymous with convenience and ease of access to fuel when required. Introduced over 100 years ago by the AA in Berkshire, the first roadside filling station was opened to overcome inefficiencies in fuel distribution.

In the post first world war era, motorists were advised to utilise domestic fuel such as benzole as an alternative to imported petrol. Typically, this fuel was obtained from local shops in 50 gallon drums and then stored at home in the garden to use when needed. But through the new concept of a petrol station, motorists were no longer required to store their fuel, instead accessing it from the first ever petrol station in Aldermaston through a 500 gallon storage tank which was operated by a hand pump.

A world first when opened in 1920, this concept soon caught on and by 1932 there were ten further filling stations which were operated by the AA. This meant that drivers could go on longer journeys, having access to fuelling stations along the way.

Recognising the potential for scaling, petrol companies became involved in the further commercialisation of the concept and AA withdrew. Today there are over 8,000 petrol stations across the UK, many thousands more globally, providing freedom for motorists as well as the transportation infrastructure for almost everything we buy.

The creation of brand-new infrastructure is also challenging within the offshore environment, as the maritime industry looks to decarbonise fleets with the rising uptake of hybrid and fully electric vessels.

We can draw similarities between the historic challenge of fuel distribution inefficiency in the early 1900s, the ongoing electrification of our road networks and what we are experiencing today in the offshore environment.

We see that producing energy for consumption in the offshore environment can be expensive, inefficient and power constrained. Could the challenges around remote power offshore be solved through utilising a similar concept to what was set out in the early days of petrol stations? This would allow us as an industry to develop a network which can reliably support remote systems and operations.

With significant market interest in clean maritime solutions across the various users of the marine environment, Verlume’s response to the above question is yes!

Offshore wind is a fast-growing market on an international scale and it will be crucial that operations here are low carbon to be in line with net zero targets. To do so, Verlume has developed an industry-leading concept to create new intelligent in-field energy storage and charging infrastructure for a host of vessel types from crew transfer vessels and service offshore vessels, to autonomous vessels and robotics, on the surface and underwater.

Through the use of Halo, a flexible, scalable seabed energy storage system with multiple inputs/outputs, Verlume’s new concept will de-couple offshore wind charging from the weather allowing power to be distributed 24/7, facilitating zero carbon emissions from vessel operations.

With input from industry partners, Verlume is evaluating the viability of creating an offshore microgrid interface within the wind farm, through the use of an intelligent power conditioning and management system with a powered mooring station.

With Halo, which was designed for the harsh offshore environment, a reliable, uninterrupted power supply can be provided for use primarily on the seabed. The system can also enable longer duration operations through its high energy density and efficiency of the battery platform.

In this concept, Halo will be utilised to provide energy storage services to optimise the charging profile, allowing for charging at times of low energy demand from the wind farm.

The electrification of offshore wind farms

We have already seen on land that several businesses have identified the commercial opportunities for new infrastructure for electric vehicle charging. At Verlume, it is our goal to introduce new infrastructure offshore to enable the electrification of offshore wind farm operations.

We hope that this is the first step towards this vessel charging concept being a common sight in the offshore environment across the world.