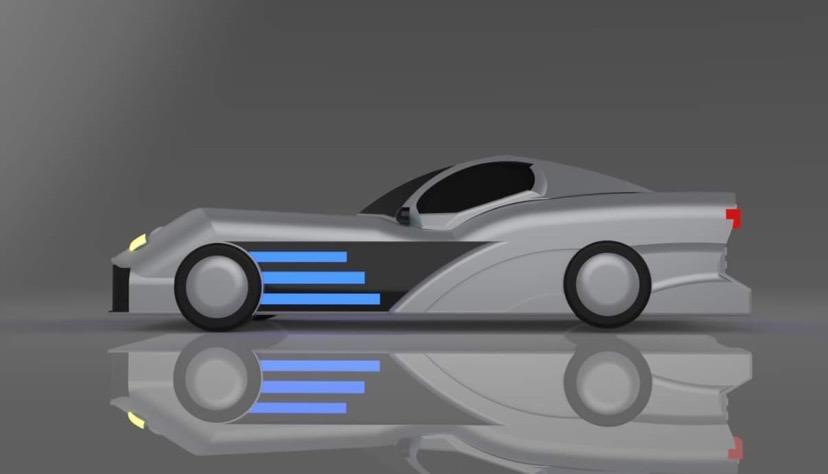 A group of university students have unveiled their vision for a hydrogen-electric powered “car of the future” as part of this year’s Shell Eco-marathon competition.

Protosev was designed in just under 24 hours by 10 students from Aberdeen and Strathclyde Universities respective engineering teams, PrototAU and USEV.

The vehicle consists of a monocoque, carbon fibre chassis and is powered by both a small battery, designed for start-stop driving in urban areas, and a hydrogen fuel cell, which can be used for longer trips.

It has been targeted at those with a “bit of extra cash” and is the teams take on the type of eco car that could hit the market in the coming decades.

Though a firm cost for the vehicle wasn’t given, the students took a “lot of inspiration” from electric-vehicle (EV) giant Tesla and said their model would likely be in the same price range.

They are then tested on the legendary Brooklands Race track to see which vehicle can go furthest on the least amount of fuel.

However, with Covid-19 restrictions ruling out a physical event, students from both universities decided to join forces and undertake a virtual “24 hour design sprint” to come up with an innovative eco car.

Waqass Zia, a final year chemical engineering student and captain of Aberdeen University’s PrototAU team, said: “When we were working together, one thing I found really interesting was how quickly the two teams actually clicked – there was a genuine interest in how one another was doing. In terms of actual collaboration, this was definitely the best ones that I’ve been a part of.”

USEV’s captain, Emma Burnley-Davies, a fourth year product design engineering at Strathclyde, added: “This was a really good opportunity for us to work together and exchange some knowledge. USEV is older than PrototAU so we were able to give them some pointers throughout the process and helm them with their design.

“We decided to go with a hybrid car to emulate the relationship between the two teams coming together to design the vehicle.”

Aberdeen University’s team has enjoyed previous success at the Shell Eco-marathon. In 2019, it bagged the best newcomer award at the event, despite being first-time competitors.

USEV and PrototAU are now on the lookout for sponsorship in order to push ahead with their designs under a “Team Scotland” banner.

Ms Burnley-Davies said: “This isn’t fully developed concept. It’s only in its initial stages but it does have the potential to be taken forward. That would take around three years because both teams are currently working on other projects as well.

“We’re not as funded as some of the other teams and we’re the only two in Scotland but it’d be really great to push on with this design. Aberdeen has the hydrogen facility that we don’t have, but Strathclyde has a lot of experience on the electrical side – the partnership could work really well.”