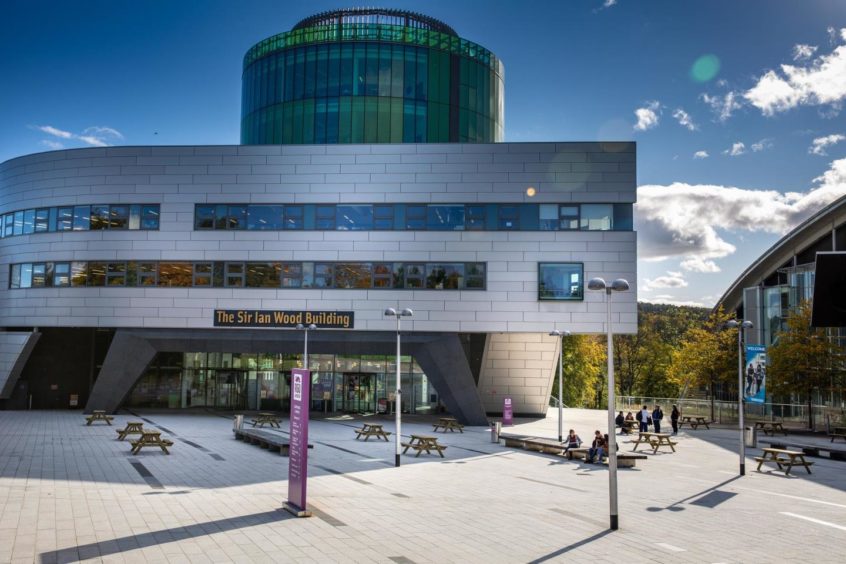 Courtesy of the Press & Journal.

Five engineering students at the Robert Gordon University in Aberdeen have won a top award.

Jack Durkacz, Ryan Chan, Ethan Fong, Hamish Gillies, and Thomas Mullan have been honoured by the Institution of Mechanical Engineers (IMechE) for a paper on energy development and power systems.

They showed their research at the seventh International Conference on Advances in Clean Energy Research, and won best presentation on the day.

In addition, they made use of the wind tunnel facilities at RGU to validate and test the findings.

Fifth year student Mr Durkacz said: “We decided on this project as we saw an opportunity to work on an area which contributed to the renewable energy sector.

“The majority of the research for wind energy has been with regards to horizontal axis wind turbines, whereas this project looked to develop vertical axis wind turbines by harnessing the synergistic abilities when clustered together, leading to enhanced efficiencies.

“The world is starting to realise that the energy demand needs to be met by a range of different sources, so we see the development of varying forms of renewable technology as important for the future.”

The cluster turbine design developed by students was able to create increased efficiencies compared to a standalone isolated turbine.

Vertical turbines can be clustered together in much closer proximity than horizontal counterparts, leading to development of power density qualities.

Dr Sheikh Islam, academic strategic lead at RGU’s engineering school said the award from IMechE showed not only the group’s hard work, but their “determination to tackle a topical problem” in innovative ways.

Read the article on the Press & Journal website here.