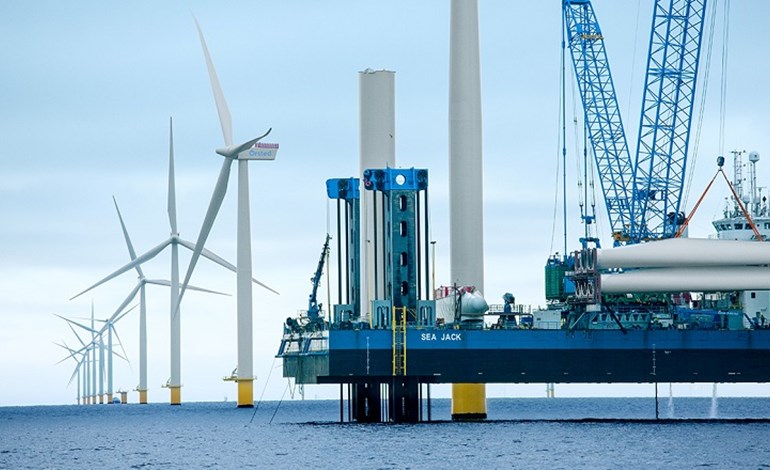 Ørsted has set a clear expectation towards all suppliers to use 100 % renewable electricity by 2025, becoming the first energy company in the world to do so. The commitment builds on learnings from Ørsted’s existing supply chain decarbonisation programme, first established in 2020, and supports the company’s industry-first science-based 2040 net-zero target.

The company has reduced its scope 1 and 2 emission intensity by 87 % since 2006 and is well on track to become carbon-neutral in its own energy generation and operations by 2025. Ørsted continues its large-scale build-out of renewable energy and is fully committed to science-aligned climate action. That’s why Ørsted is working to address suppliers’ emissions linked to component manufacturing, transportation, installation, and operation of renewable energy assets as the next frontier in its decarbonisation endeavour.

To reach its targets, Ørsted relies on collaboration across the supply chain and the success of its suppliers. The company is now taking the step to extend its 100 % renewable electricity target from its strategic suppliers to all suppliers. This means that Ørsted now expects all its suppliers to exclusively use electricity from renewable energy sources when providing products or services to Ørsted by 2025 at the latest.

Mads Nipper, Group President and CEO of Ørsted, says: “A sustainable future for our planet requires a rapid transition to renewable energy and limiting global warming to 1.5 °C. That’s why the renewables industry must lead the pack by decarbonising its own supply chain. We’ve transformed Ørsted into a global leader in renewable energy and strongly believe that companies must demand science-aligned climate action from each other as well.”

He adds: “We recognise the efforts undertaken by all existing and new suppliers who share our ambitions and will commit to using 100 % renewable electricity. We look forward to working together to achieve this goal as soon as possible and to set a new gold standard for the renewable energy industry.”

Ørsted established its supply chain decarbonisation programme in 2020 and began working with its strategic suppliers, who represent over 60 % of Ørsted’s total procurement spend and the most high-impact carbon-intensive categories, to decarbonise its offshore wind supply chain. As part of the programme, Ørsted has set a clear expectation for its strategic suppliers to use 100 % renewable electricity in the manufacturing of wind turbines, foundations, cables, substations, and other components and services by 2025 – with the aim of generating learnings and best practices so that scaling up this target to all suppliers can be done more quickly.

Collaborating for decarbonisation across industries

Governments around the world are ramping up ambitious plans to rapidly scale the build-out of renewable energy. At this key juncture, the decarbonisation of the renewable energy supply chain is more important than ever – this is how the industry can ensure that renewable energy is done right from the outset. The industry must act responsibly by not only building out renewable energy capacity, but also by raising expectations for suppliers’ energy sources, thus accelerating a transformation of the entire value chain.