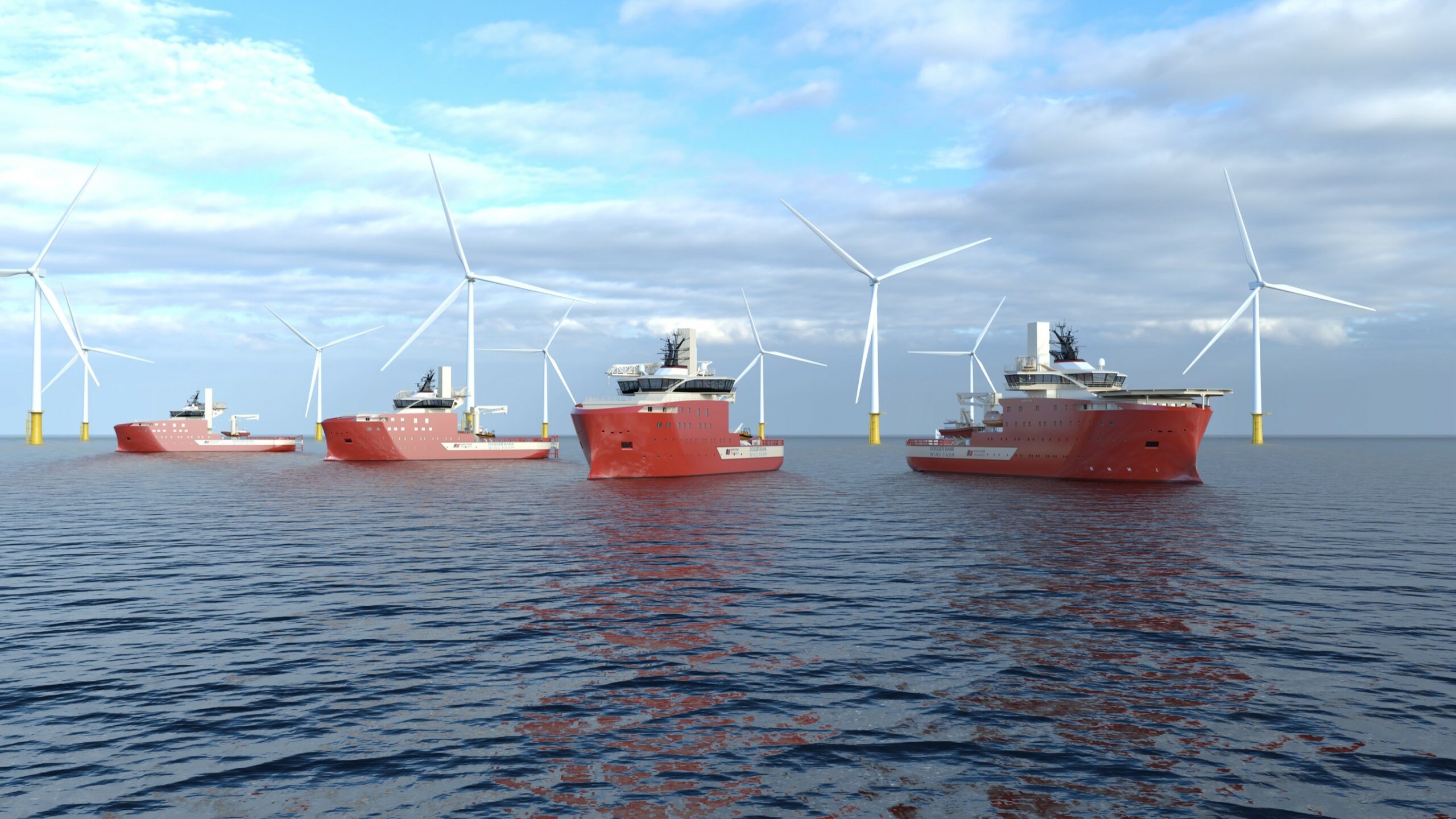 North Star Group has clinched the service operations vessel (SOV) contract to support the third phase of the Dogger Bank Wind Farm, off the coast of Yorkshire. The UK firm has secured a long-term charter worth approximately £90 million to deliver an additional ship boasting its new hybrid-powered renewables fleet design for Dogger Bank C to support offshore wind technicians working in the field.

This will be the fourth SOV and associated daughter craft the business has been contracted to build and operate by Dogger Bank’s joint partners Equinor, SSE Renewables and Eni this year, making North Star the exclusive service vessel operator for the world’s largest wind farm for at least the next decade. In March, the firm won the initial contract for Dogger Bank A and Dogger Bank B following a competitive tender for the design and delivery of three SOVs in a deal worth an estimated £270 million.

Each of the four Dogger Bank SOVs have been contracted on a 10-year agreement, with three additional one-year options. The £360 million combined value is believed to be one of the world’s most successful offshore renewables related SOV charter deals of 2021, and further consolidates North Star’s position as the UK’s leading offshore infrastructure support services company.

Around 40 new full-time positions in crewing and onshore-based jobs will be created locally in support of the Dogger Bank C contract, in addition to the 130 announced previously to support the first three SOVs. Recruitment is already underway, underpinning the company’s commitment to supporting communities in the UK.

The company, which employs around 1,400 personnel out of its facilities in Aberdeen, Newcastle and Lowestoft, has unrivalled marine expertise in the North Sea. The business, which has been operating for 135 years, has the largest wholly owned UK fleet and currently supports more than 50 installations with its existing purpose-built tonnage.

North Star’s new SOVs are high performance, sustainable vessels capable of supporting net-zero goals and utilising fuels of the future. They provide comfortable, floating-hotel style accommodation to offshore wind turbine technicians and a centralised logistics hub to travel to and from work each day across a “walk-to-work” gangway, or transfer via a smaller daughter craft vessel. The SOVs are also configured to handle cargo and act as a warehouse.

North Star CEO, Matthew Gordon said: “Securing the final SOV contract required for the Dogger Bank Wind Farm development for the next decade is an honour, and testament to the hard work and dedication of the team at North Star and our talented technology partners. We are fully committed to supporting the local supply chain and communities in the UK where possible and are actively recruiting around 170 personnel from across the country to support this complete vessel package.

“We’d like to take this opportunity to thank Equinor, SSE Renewables and Eni for their enthusiasm and confidence in our SOV service, which significantly shifts the dial on sustainability, comfort, safety and workability. These hybrid-powered vessels are futureproofed for tomorrow’s zero-carbon emission marine fuels and the superior home-from-home living space will provide the offshore wind technicians exceptional respite from the often-harsh North Sea environment.

“The Dogger Bank C award has put us in an even stronger market position to deliver further value to our shareholders as we continue with our strategic ambitions to secure additional projects in the UK offshore renewables market and beyond.”

Due to its size and scale, Dogger Bank is being built in three consecutive 1.2GW phases; Dogger Bank A, Dogger Bank B and Dogger Bank C. In total the wind farm is expected to generate enough renewable electricity to supply 5% of the UK’s demand, equivalent to powering six million homes.

Rune Rønvik, Project Manager for Dogger Bank, said: “With the final SOV also being delivered by North Star we will have the same ship owner across all three phases which means we will continue the constructive cooperation we have started and develop the operational synergies further.

“As we have seen from North Star’s initial contract award, securing big orders can really help UK businesses enter the offshore wind market, secure investment and create jobs, and we at Dogger Bank are proud to have played a role in enabling this UK company take advantage of the global opportunity presented by offshore wind.”

North Star’s bespoke vessel design was developed in close collaboration with VARD, one of the world’s major shipbuilders of specialised vessels.

The ship bound for Dogger Bank C is a third order of a VARD 4 12 SOV, which is 78 metres long with a 19 metres beam and has 60 single cabins. Each vessel has a deadweight capacity of 1,600 tonnes.

The remaining vessel is a VARD 4 19, 85-metre which also has a 19 metres beam and will be able to accommodate 78 persons in single cabins. has a deadweight capacity of 2,000 tonnes and has a helipad.

All four SOVs are being built at VARD’s Vung Tau shipyard in Vietnam, which has a proven track record in on-schedule delivery. Work on the first vessel commenced in October and the first SOVs are scheduled to arrive at Port of Tyne in summer 2023, with the Dogger Bank C ship due in 2025.

VARD CEO, Alberto Maestrini said: “We would like to congratulate North Star for the fourth contract of the complete vessel package for Dogger Bank Wind Farm, and at the same time thank North Star for choosing VARD as partner to design and build their hybrid-powered renewables fleet.

“We are honoured of having all four SOVs in our portfolio, and it confirms that our investments in the renewable energy field are right both for our customers and for VARD. Together we continue our contribution to a sustainable future, actively working to get to zero emissions.”