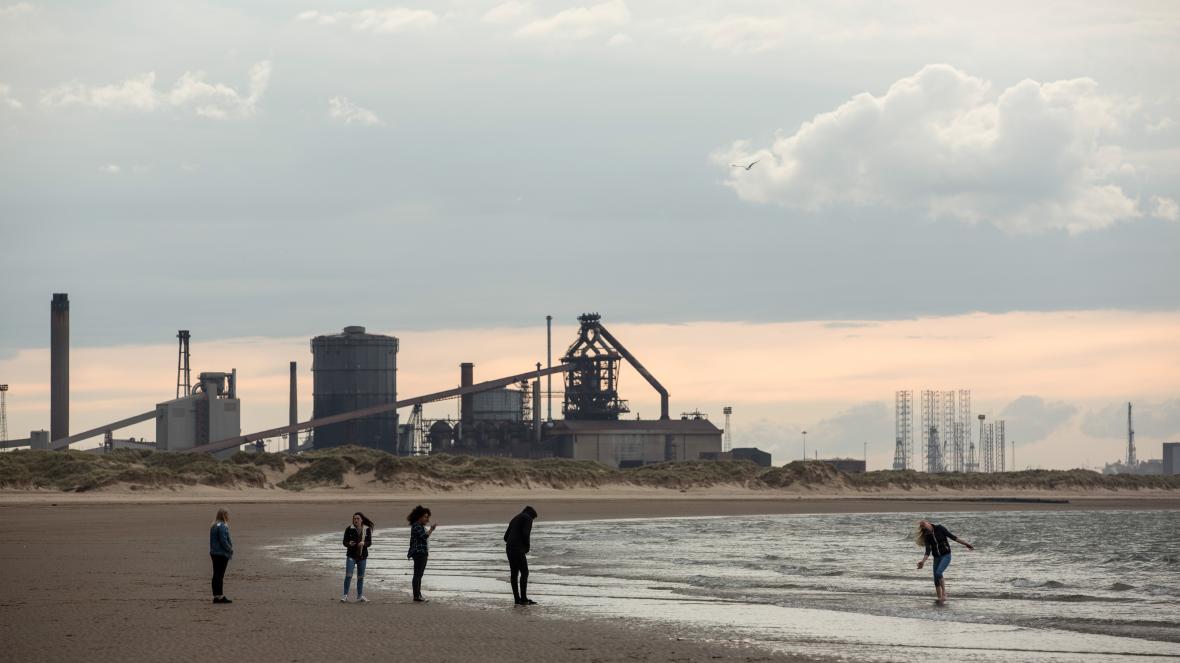 Courtesy of The Times.

Some of the world’s biggest energy companies have joined forces to develop carbon capture and storage technology in Teesside and the Humber in a project that could create 25,000 jobs.

The East Coast Cluster brings together many of the biggest names in energy including BP, Equinor, Shell, SSE, Drax and National Grid.

The newly combined group will today submit its application to a government competition that will select the first two “industrial clusters” to receive financial support to develop the nascent technology in Britain. Other projects in the running are in Scotland, Wales and the northwest.

The multibillion-pound project aims to capture carbon dioxide emissions from heavy industry, new power stations and hydrogen production plants and pipe them offshore for permanent disposal under the North Sea.

Climate advisers say the technology is essential to achieving net zero goals. The government wants it deployed at two clusters by the mid-2020s and a further two by 2030. It is running a competition to determine which projects will be first to get support from a £1 billion fund and new policy schemes.

Teesside and Humber are both core to its levelling-up agenda but the Scottish project is also a top contender and will be further bolstered today by the news that Ineos and Petroineos have partnered with it to capture emission from the Grangemouth refinery and petrochemicals site.

The combined East Coast Cluster now accounts for nearly 50 per cent of the emissions from all the proposed industrial clusters and will be seen as a clear frontrunner.

The Teesside and Humber projects were already due to share the same storage site, the Endurance aquifer in the North Sea. A BP-led group called the Northern Endurance Partnership plans to build the pipelines and offshore infrastructure which Andy Lane, its managing director, estimated could cost between £1-2 billion.

Lane said the project could be capturing and storing emissions by late 2026, subject to financial support that would enable a final investment decision in the first half of 2023. He said the combined East Coast Cluster connected “the biggest concentration of big CO2 emitters in the country” and now included “every type of emitter of CO2 that you can think of”.

Oil giants hope the UK projects can provide a blueprint for deploying the technology elsewhere in the world.

Bernard Looney, BP chief executive, said: “The concept of decarbonising industrial clusters has to be huge. I think this is not just a UK story; there will be opportunities for this around the world, and we are looking at some of those.”

The government is expected to offer a regulated asset base model for operators of the offshore infrastructure, setting how much they can charge emitters for storing CO2. This is akin to how the gas network is paid for, through regulated charges on consumers.

Looney said the returns should be higher for the offshore carbon storage. “It’s a different risk equation and therefore it probably has to be a slightly different reward equation. It’ll be higher than a utility return, and probably more in the 8-10 [per cent] bracket,” he said.

Separate subsidy schemes are being developed to support power plants and hydrogen production facilities so they can afford to pay the storage fees.

Irene Rummelhoff, executive vice-president at Equinor, said it did not “expect to make a lot of money” on the first UK projects. The firm expected a commercial business model to emerge nearer 2030 as carbon prices rose and that heavy industry was increasingly interested in capturing its emissions.

Global carbon emissions fell by the most since the Second World War last year and must continue to fall at the same rate for the next three decades to avoid dangerous global warming, according to new analysis by BP.

Although wind and solar power capacity grew by a record amount last year, the “huge” 6.3 per cent drop in emissions was driven by a 4.5 per cent fall in energy usage as oil demand plunged because of lockdowns. Those were the steepest yearly falls in emissions and usage since 1945, and took emissions to the level last seen in 2011, BP said in its annual review of world energy.

Spencer Dale, BP’s chief economist, said: “You need to see a rate of decline of around that rate each and every year for the next 30 years, to be broadly on course to hit the Paris climate goals.” He said there was a “very real risk” last year’s reduction in emissions was reversed as lockdowns eased. He said the fall came at the “huge cost” of a 3.5 per cent decline in GDP, meaning a “scarily high” implied carbon price of $1,400 per tonne.

The challenge was for similar, sustained falls in emissions that did not have “huge impacts on everyday lives and livelihoods”. He said that “we know how to do this and we have the technologies to be able to do this” through growing wind and solar power strongly and electrifying the energy system, together with hydrogen and carbon capture and storage.

There were “hopeful signs” that the shock of Covid may have increased determination to act to stop “an even worse global trauma, in the form of climate change”, he added. Installed wind and solar power capacity grew by a record 238 gigawatts last year. This was 50 per cent bigger than at any time in history, Dale said.

“Renewables in global power generation recorded its fastest ever increase — a growth that came largely at the expense of coal-fired generation. These trends are exactly what the world needs to see as it transitions to net zero,” he added.