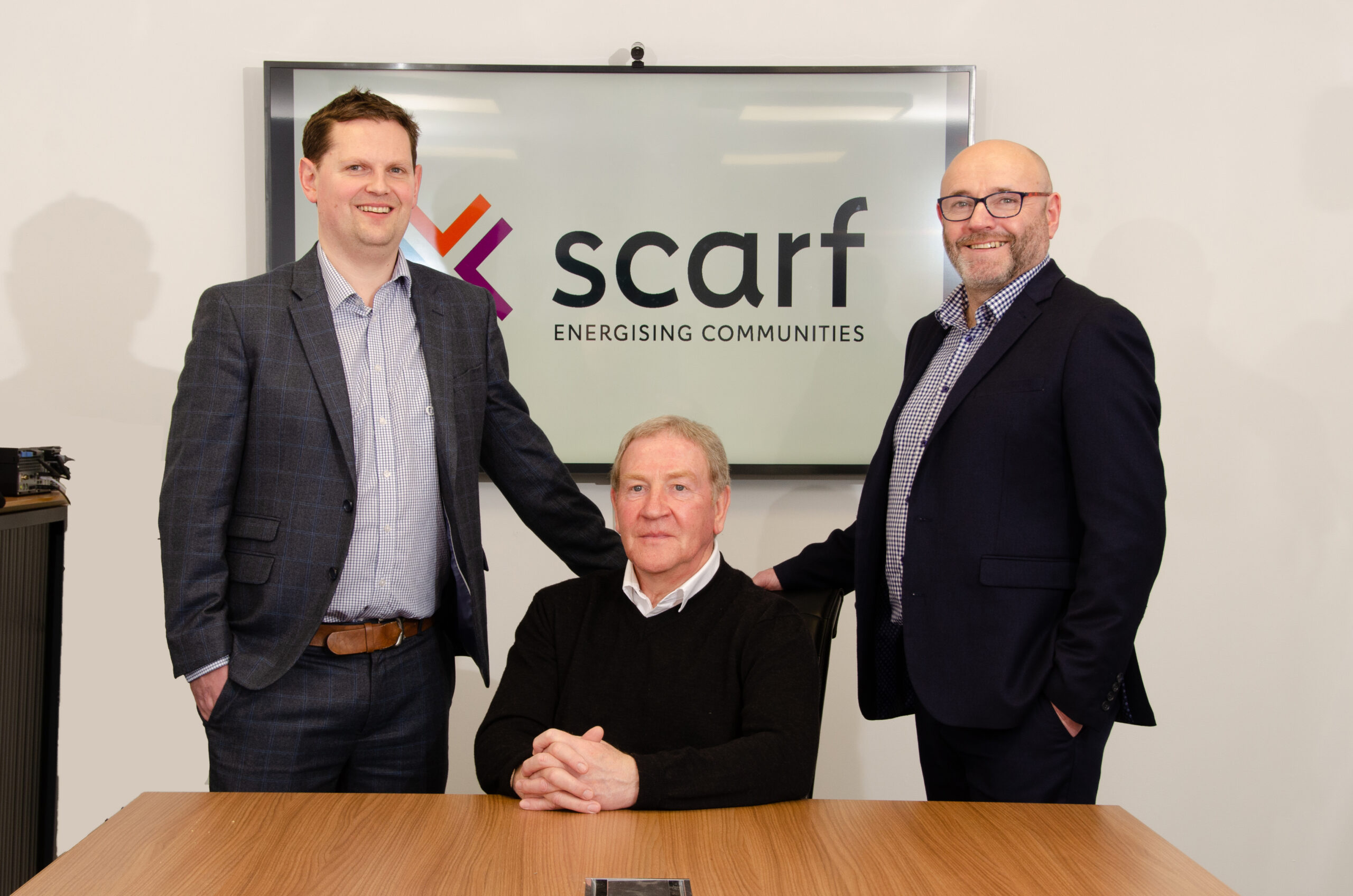 A leading energy efficiency charity, Scarf, has strengthened its top team in response to the challenges created by the rising cost of living. Lawrence Johnston and David Mackay have been formally confirmed as joint chief executive officers, having shared the role on an interim basis since 2020.

The co-CEOs will lead the social enterprise’s 60-strong team at a pivotal moment in its 37-year history as the country faces unprecedented pressure on energy bills and increased fuel poverty.

With headquarters at Cotton Street, Aberdeen, and an additional office in Dundee, Scarf delivers an array of energy efficiency advice and services to businesses, households and communities.

It was recently announced that Scarf had issued more than 2,000 crisis grants to north-east homes between March and June, funded by local councils and the organisation’s own resources.

Since the pandemic, more than 7,000 grants, worth over £500,000, have been provided to businesses and individuals that have engaged with Scarf’s services. It anticipates further growth this year and intends to create around a dozen new jobs across Aberdeen and Dundee.

Ed Rennie, Scarf’s chair, praised the duo for their impact since stepping up on an interim basis following the departure of the previous CEO.

He added: “In extremely difficult circumstances, David and Lawrence not only steadied the ship but enhanced the services that we provide. Given this, the board was delighted to confirm them in post as co-CEOs on a permanent basis and I look forward to working with them to support our goals over the coming months and years.”

Lawrence joined Scarf in 2018 and has held operations and business development manager positions. Previously, he worked in the oil and gas industry for more than a decade – including roles with ATR Group, Power Jacks and STATS Group – which followed a 20-year career in the paper industry.

He said: “I’m pleased to have been given this opportunity to help lead Scarf at this crucial time for people and businesses across the country.

“With the support of our dedicated team, I’m confident that we can take full advantage of the organisation’s undoubted potential to build upon our strong existing foundations and achieve our long-term growth objectives.”

Formerly centre manager, David joined Scarf in 2016 and has held operations and organisational performance roles. He has significant experience in contract management within the outsourcing sector, including for organisations such as MGt, Bellcom Worldwide, and global brand First Data.

He commented: “Scarf has a vital role to play in supporting businesses and households to successfully manage the extreme cost pressures facing millions throughout the north-east and further afield.

“I’m hugely proud of the efforts of our team to provide meaningful assistance to service users, particularly since the start of the pandemic. Given current events, it’s fair to say that our range of practical support and advice has never been more relevant than it is today.”

Scarf’s founding mission was to make a practical difference to people living in fuel poverty, reduce inequality, and develop better living and working environments. Since 1985, it has offered free and impartial energy-saving advice to help people and businesses lower their fuel bills and carbon emissions.

The social enterprise has been listed numerous times as one of the Sunday Times’ best not-for-profit-organisations to work for – most recently in 2019 – and was awarded silver accreditation by Investors in People last year.