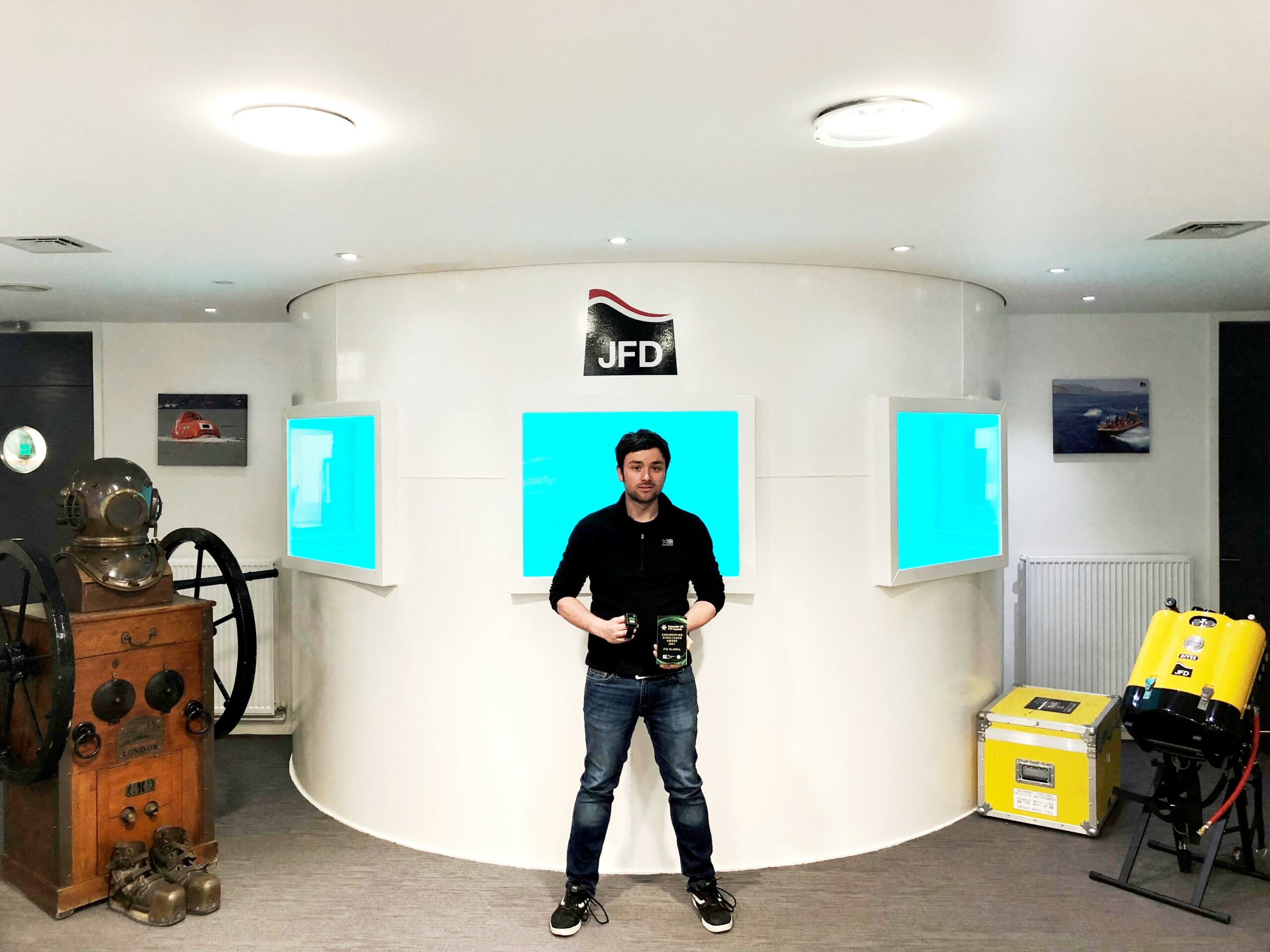 Dr Fraser Stewart, a Biomedical Engineer at JFD, secured the win at the 2021 Innovate UK KTP Awards, held in September last year, for creating a prototype that revolutionises diver safety. Led by Fraser, the Knowledge Transfer Partnership (KTP) between JFD Fathom Systems and the University of Strathclyde won in the Engineering Excellence category for its wearable health monitoring solution for saturation divers.

The KTP created a standalone Saturation Diver Health Monitoring System prototype that continuously monitors the health status of a diver during hyperbaric evacuation and makes early detection of medical emergencies possible. This technology will transform diver safety in the global commercial diving industry by allowing crucial intervention before a potentially life-threatening incident occurs, improving the prognosis of the diver as well as helping to reduce burden on diver medics.

JFD has a long history of developing innovative hyperbaric products and benefits from their own onsite testing facilities available at the National Hyperbaric Centre. As part of JFD’s continued mission to set new safety benchmarks and protect lives at sea, actively under development is a Health Monitoring Platform with additional functionality, and the project plans to create different systems for in-chamber, lifeboat and underwater monitoring.

Dr Fraser Stewart, Biomedical Engineer, JFD: “I was delighted to win the award and it is testament to a lot of hard work. Saturation divers operate in extreme and dangerous environments and are susceptible to numerous medical conditions. Existing diver health monitoring systems are reactive, used only once an emergency has occurred. Using Sensor and Artificial Intelligence expertise, the KTP developed a proactive solution that will not only improve safety in the commercial diving industry but also save lives.”

The prototype, consisting of a wireless, battery powered watch and accompanying software, can monitor a diver’s vitals and has successfully undergone hyperbaric testing and diver trials.

Stuart Falcus, Capability Manager – Commercial Diving, JFD: “We’re exceptionally proud of Fraser’s achievement and for JFD to be at the forefront of hyperbaric biomedical monitoring technology. The success of the KTP has kickstarted JFD’s pioneering biomedical innovation programme and we’re currently developing wearable health monitoring technologies that can be standalone or integrated with existing field proven products. We are encouraged that this is a topical conversation with a recognition for the needs and benefits for such technology which we plan to introduce to both the commercial and defence diving industries.”