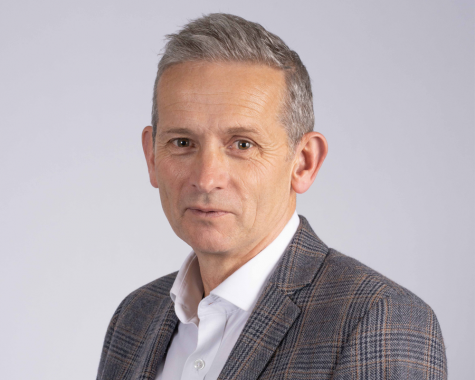 JFD, the world-leading underwater capability provider serving the commercial and defence diving markets and part of James Fisher and Sons plc, is pleased to welcome Retired Rear Admiral John Weale, CB, OBE, as Senior Defence Advisor to support the company’s continued growth within both the UK and international defence markets.

RAdm Weale (Ret) has gained over 35 years experience within the Royal Navy, most recently serving as Rear Admiral Submarines (RASM). After his initial training in 1985 he became a volunteer for the Submarine Service and served in both conventional and nuclear submarines. After selection for the Submarine Command Course, he served on various further deployments and an exchange to the US Submarine Force before being promoted to Commander of HMS Trafalgar. He was awarded an OBE in 2008 during his time as Chief of Staff for the UK command of CTF158 in Southern Iraq. Following promotion to Rear Admiral, John assumed the role of Assistant Chief of Naval Staff Submarines (ACNS(SM)), Flag Officer Scotland and Northern Ireland (FOSNI) and RASM.

Richard Dellar, JFD Managing Director said: “RAdm Weale brings a wealth of knowledge and experience gained over a long and distinguished career within the Royal Navy. We are welcoming him to JFD at an exciting time as our defence capabilities continue to grow and we have many exciting opportunities on the horizon. We have an ambitious strategy for growth across our core capability areas, and the expertise and practical experience RAdm Weale brings to the team will only help to ensure our success.”

As the world leader in Submarine Rescue, JFD provides services to 80 countries and 33 of the world’s navies including the Royal Navy, Australian, Singapore, and Korean, as well as providing the NATO Submarine Rescue System with escape and rescue solutions. The company has recently restructured its global leadership team in order to strengthen its local commitment in both Australia and Asia. In addition to Submarine Rescue, the company is focusing on core capability areas in the maritime environment covering Submarine Platform Solutions and Special Operations. This will bring wider expertise together in the areas of Life Support Systems; Hyperbaric and Atmosphere management and Special Operations capabilities.

JFD is proud to provide a very high level of system availability and readiness across a number of critical systems for navy clients globally. This ranges from the NSRS NATO Submarine Rescue system through to defence life support systems.

RAdm John Weale, (Ret) CB, OBE said: “I am delighted to have been invited to join JFD as Senior Defence Advisor to the Board. The company has a fantastic international reputation, is committed to keeping submariners and divers safe, and is involved in some essential and special projects that have been the focus of my attention throughout my career. Located less than 30 miles from Her Majesty Naval Base Clyde, JFD is well-positioned to support the Royal Navy’s Submarine fleet. I look forward to working with the JFD team in support of its next growth phase.”