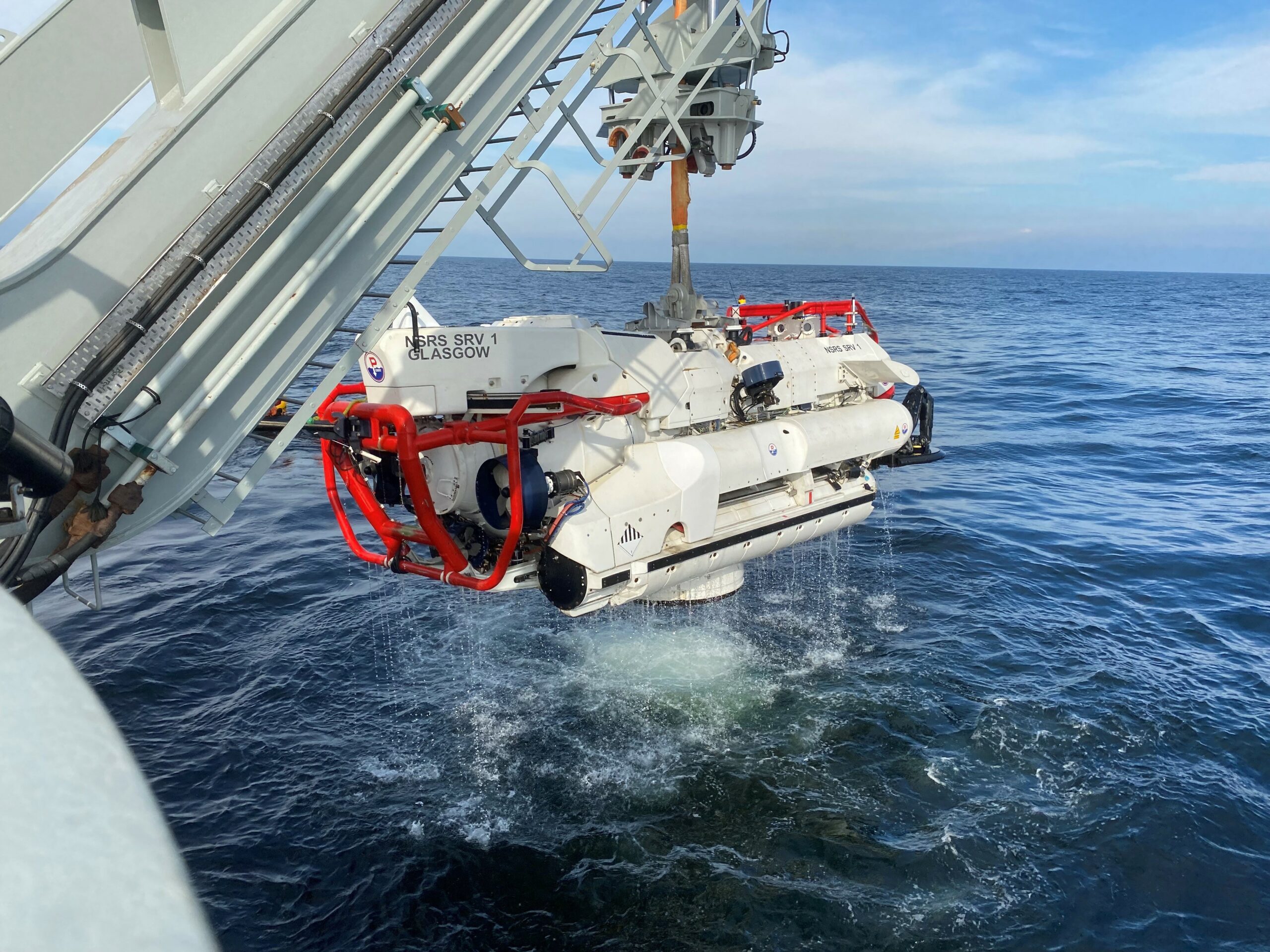 JFD, the world leading underwater capability provider serving the commercial and defence diving markets and part of James Fisher and Sons plc, successfully completed Northern Crown, a NATO Submarine Rescue System (NSRS) exercise which involved mobilisation of the system onto the Swedish Navy vessel, HSwMS Belos, in September and October 2021. The exercise is completed every two years as part of the Memorandum of Understanding (MoU) between the NSRS Participant Nations and the Swedish Navy.

Recognised as a global leader in the design, build and operation of submarine rescue systems, JFD has supported the NSRS contract since 2015. Although owned and operated by the three Participant Nations, the UK, France and Norway, the NSRS provides assistance to other navies through various MoUs.

The Submarine Rescue System and supporting equipment was transported by road to Karlskrona in Sweden, and then embarked and commissioned onto the Swedish Rescue Mothership (MOSHIP), HSwMS Belos. HSwMS Belos already has a Transfer Under Pressure System (TUPS) and Launch and Recovery System (LARS) installed, so interface equipment was used to allow the NSRS Submarine Rescue Vehicle (SRV) to be launched, recovered and connected.

Regular submarine rescue exercises are essential to ensure equipment and personnel can respond as quickly and effectively as possible in the event of a submarine incident.

“The relationship between the Swedish Navy and the NSRS Participant Nations continues to remain strong and is essential for providing submarine rescue support and contingency.

COVID-19 prevented deployment of the NSRS SRV to Sweden over the past two years, so it was fantastic to return and conduct such a successful operation again. The Swedish vessel, HSwMS Belos, is an excellent example of a very capable submarine rescue MOSHIP.

Submarine rescue is a time sensitive operation, where every second matters. It is a critical requirement that in the event of a submarine rescue incident, there is an available Vessel of Opportunity (VOO) that can support the submarine rescue system. Completing exercises such as Northern Crown on an established MOSHIP significantly reduces the time to first recue and the risk of any delays – which can cost lives.

JFD has a long-standing operational relationship with the Swedish Navy through James Fisher Defence, who merged with Divex to form JFD in 2014. James Fisher Defence designed and manufactured the NATO TUP Interface on HSwMS Belos, allowing the NSRS SRV to interface directly with the hyperbaric system on the vessel.

In 2011, JFD was also awarded a contract to deliver a 12-year Lifetime Extension and comprehensive capability and safety upgrade to the Swedish Navy’s Submarine Rescue Vehicle, URF.

The Northern Crown exercise included multiple operations with a Swedish submarine to achieve training objectives as required by the NSRS and Swedish crew.

The final activity of the exercise involved the airlift of the SRV and its supporting equipment by the UK Royal Air Force, using a Boeing C-17 Globemaster from Sweden back to Prestwich in the UK.