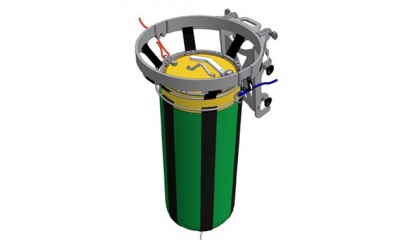 JFD, the world leading underwater capability provider serving the commercial and defence diving markets and part of James Fisher and Sons plc, was awarded a contract by the UK Ministry of Defence (MOD), to manufacture and supply critical Emergency Stores Support Receiving Systems for their submarines and Escape Training Facility.

JFD has designed and built Emergency Life Support Stores (ELSS) and Emergency Stores Support Receiving Systems (also sometimes referred to as ELSS pods and pod posting bags) for various customers worldwide. These Receiving Systems are vital during a submarine rescue event where they allow the transfer of ELSS assets, which include essential supplies to help sustain the health, wellbeing and environment for submariners within a distressed submarine (DISSUB).

Ben Wright, head of capability for submarine escape and rescue at JFD said: “JFD is once again proud to support the UK MOD and the Royal Navy with their requirements. This contract reconfirms JFD’s commitment to supporting the Royal Navy with developing a comprehensive Submarine Escape, Rescue and Abandonment Systems (SMERAS) capability. JFD’s Emergency Stores Support Receiving Systems are in operation worldwide on a variety of different submarine classes and are essential to receiving ELSS pods, which forms part of the Intervention Concept of Operations (CONOPS).”

JFD’s Emergency Stores Support Receiving Systems allow the safe delivery and recovery of ELSS assets to and from a DISSUB’s escape tower. The Receiving Systems are secured in place by submariners before an ROV delivers ELSS Pods to the Rescue Escape Hatch. While the principal design remains consistent, the fitment of each Receiving System is tailored to the customer’s specific hatch type.

Once posted, and with hatches shut and drained, ELSS pods can be securely lowered into the submarine using the provided lowering mechanism, without the risk of flooding the tower.

Each Emergency Stores Support Receiving System is designed and built in compliance with ANEP/MNEP 85, and has been load-tested and certified for the receipt of a fully-flooded ELSS pod. Safety is further enhanced by the design’s dual-redundant load path and for ease of stowage, each Receiving System is packaged within its own case.