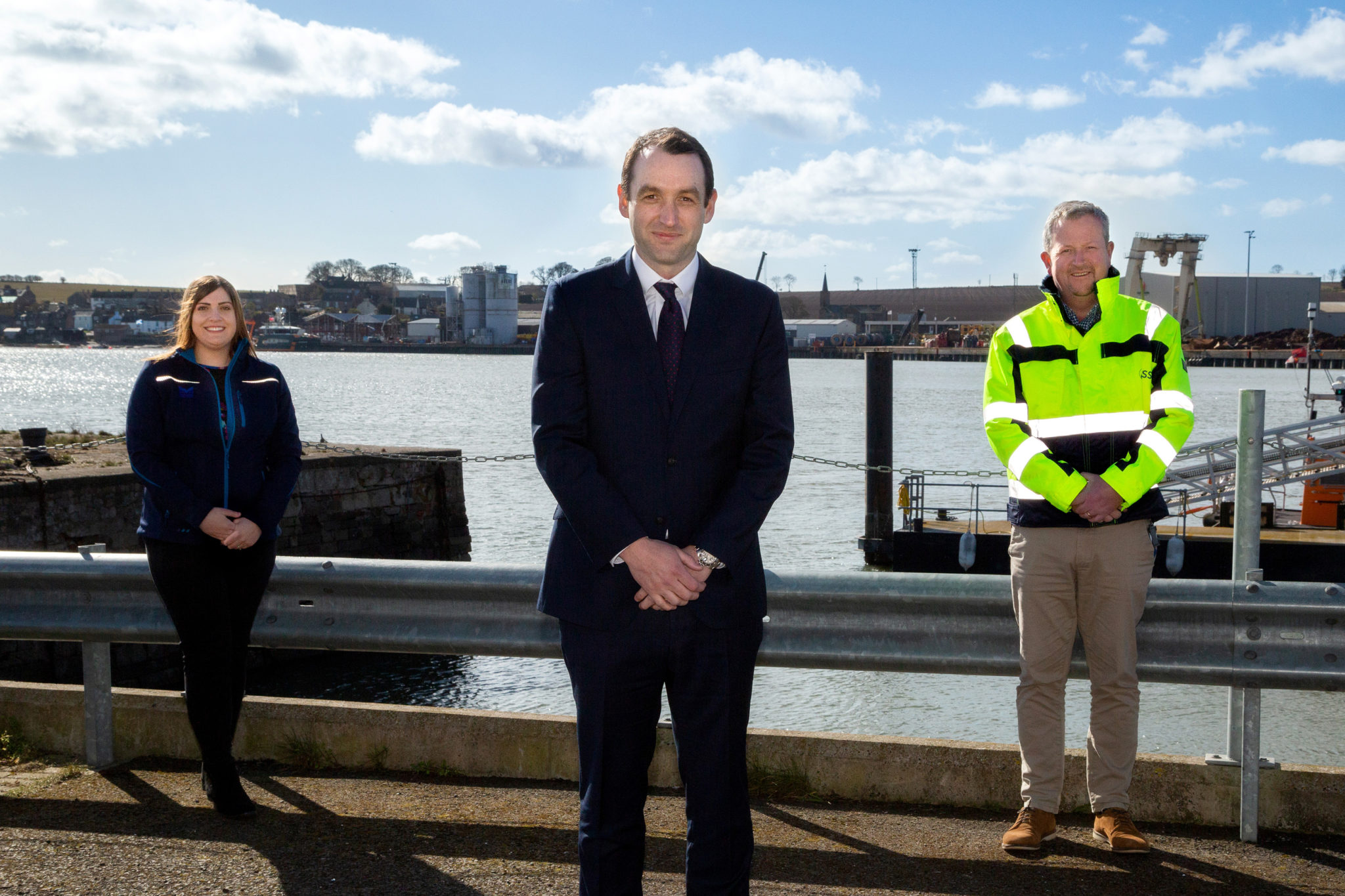 An Aberdeen engineering company has been awarded the contract to supply the communications mast for one of the UK’s biggest offshore wind farms.

Montrose Port Authority awarded the contract, the value of which has not been disclosed, to PD&MS Group after it submitted a bid to repurpose an existing structure from another offshore wind project, rather than fabricate a brand-new structure.

PD&MS employs more than 600 people at bases in Aberdeen and Baku, Azerbaijan.

Construction of the Operations and Maintenance (O&M) base for the Seagreen wind farm is well underway at Montrose Port, with the two-storey office building currently being built at the site also repurposed, having previously been used by an oil and gas supply chain company in Aberdeen.

The 50m communications mast will sit close to the building on the quayside and will be a vital lifeline between the wind farm, 27km off the Angus coast, and the teams onshore. Previously the mast was used to support the Moray East wind farm before being dismantled by PD&MS and placed into storage in Wick ahead of transportation to Montrose.

By recycling the communications mast, PD&MS will reduce the resources used by 68% percent. The process will also see an almost 50 percent reduction in Co2 emissions for the job, compared to if the company was manufacturing a communications mast from scratch.

Thomas Barter, PD&MS head of business development – renewables, said: “This is a significant award that further marks our continued growth and diversification in the renewables sector.

“We are delighted that Montrose Port, SSE Renewables and Moray East Offshore Windfarm have all supported our proposal to repurpose a mast from a previous decommissioning project versus fabricating a new mast.

“The circular economy nature of our proposal highlights our innovative and out of the box thinking as well as underpinning our core values to engage with partners to create win-win practical and sustainable solutions.”

Lynn Harper, Montrose Port Authority, business and commercial manager, said: “Supporting the circular economy has been at the forefront of the Seagreen project from the start and the purchase of this repurposed mast is another step towards our goal of being one of the UK’s greenest ports.

“We were excited to read the proposal from PD&MS and have been delighted at the collaboration between all parties – including Moray East – to make this happen.

“Securing the O&M base for the next 25 years is a major coup for the port as well as the town of Montrose as a whole, and we are delighted to see how many local businesses are benefiting from the project already, and will continue to do so over its lifespan.

“We look forward to the mast being installed later in the year and have recently issued a tender for the base’s pontoon – the last piece of the infrastructure puzzle for the site.”