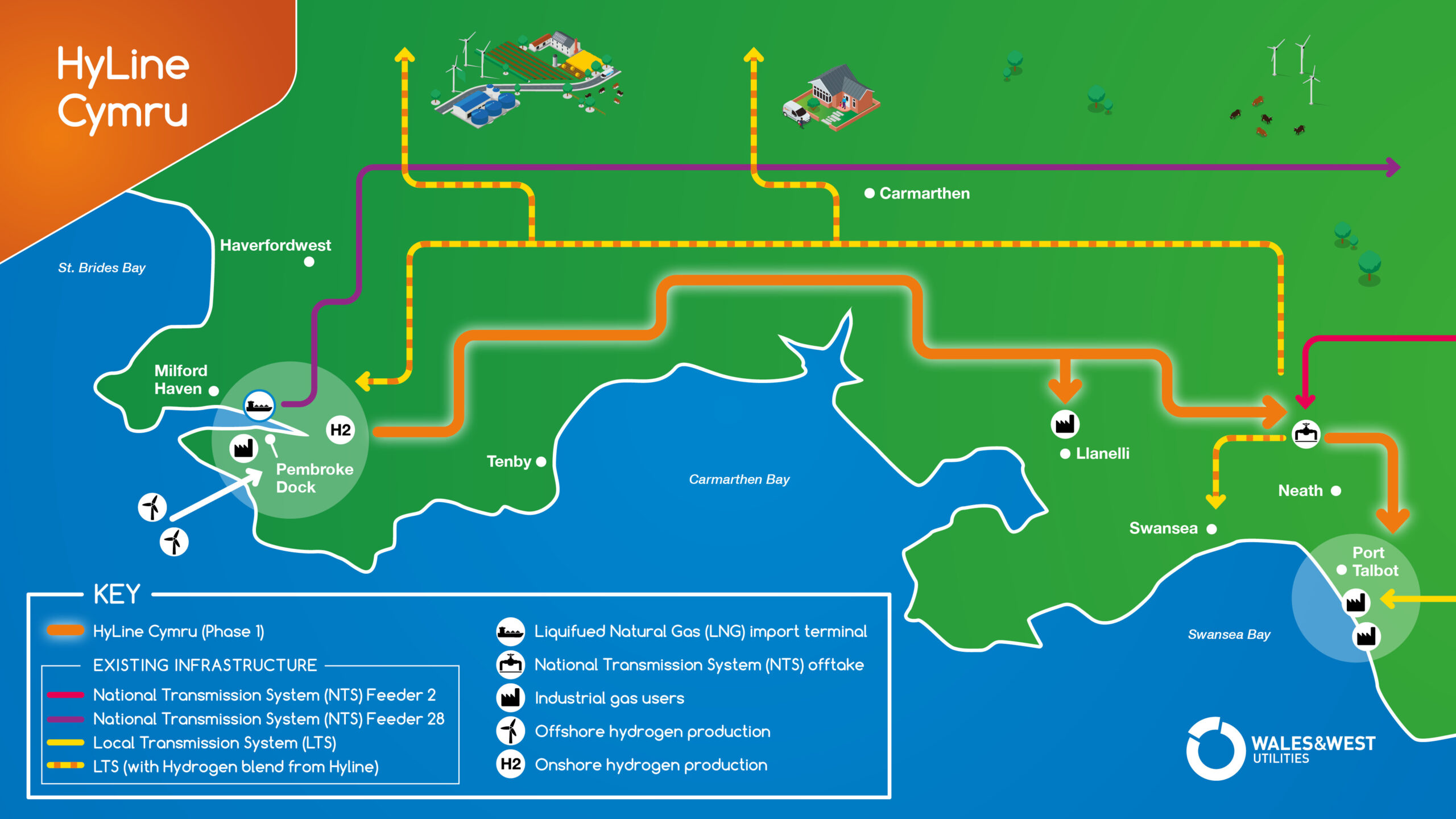 Continuing a successful working relationship with leading utility provider Wales and West Utilities, Apollo is delighted to announce a major contract award to provide feasibility engineering to a proposed hydrogen pipeline from Pembroke to the Swansea Bay area. The link would connect low-carbon hydrogen production with industrial demand and potentially provide a key step in achieving the net-zero ambition of the South Wales Industrial Cluster.

HyLine Cymru, led by Wales and Utilities, would enable commercial-scale hydrogen production from various sources including floating offshore wind in the Celtic Sea along with proposed production sites around Milford Haven. Linking this production to industrial and domestic demand centres in South Wales is a key part in the value chain in developing a viable hydrogen economy whilst decarbonising a major part of the South Wales Industrial Cluster.

“We are delighted to award this significant and important piece of work to Apollo building on a trusted relationship. Hydrogen will play a central role in decarbonising heavy industry in Wales and HyLine Cymru has the potential to build the hydrogen economy in Wales for everyone’s benefit. We at Wales and West Utilities are delighted to be leading this project”.

Phil Westmorland, Director of Hydrogen and CCUS at Apollo said:

“Understanding the feasibility of a viable hydrogen economy is vital to start decarbonising the nation’s energy demand and this hydrogen pipeline will play a large part in this process. Apollo’s hydrogen team are delighted to have been selected by Wales and West Utilities for this important piece of work, building on our already extensive track record in hydrogen in Wales and the United Kingdom.”