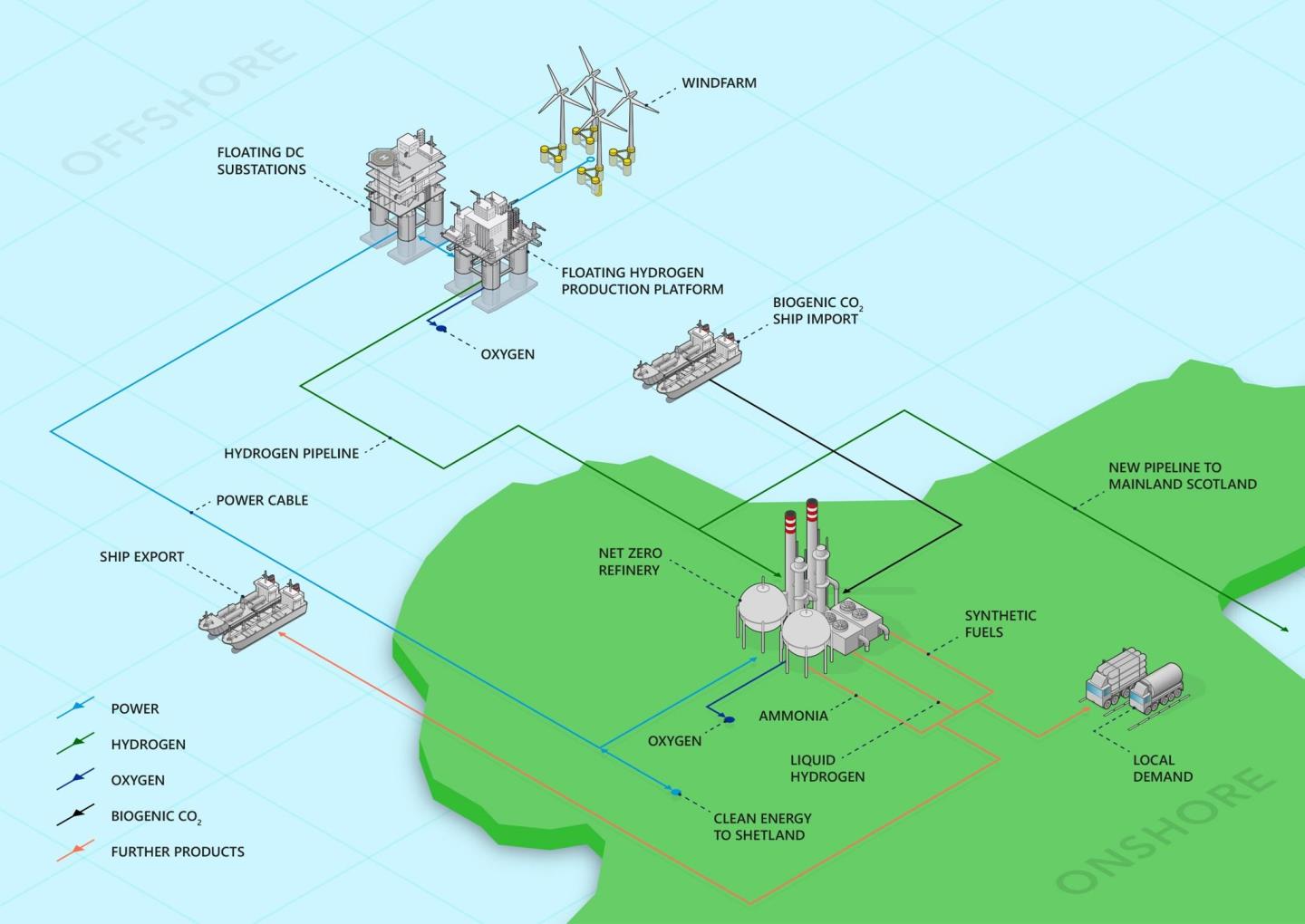 It involves use of floating offshore wind turbines to produce 10 GW of energy to power multiple floating installations in the North Sea that in turn generate green hydrogen for transmission to a hydrogen refinery on Shetland.

‘Green’ hydrogen is produced when renewable energy is used to power electrolysis of water.

The refinery, also powered by floating offshore wind turbines, would produce ammonia, liquid hydrogen, and synthetic fuels for local consumption and export. Northern Horizons is a response to the Scottish government’s ambition to produce 5 GW of hydrogen by 2030. The government is seeking international collaboration in the development.

The Aker Horizons’ portfolio companies and DNV are entering a consultation process with governments and businesses to mature the project toward a future investment decision.