MEMBER NEWS: Acorn CCS project to partner with INEOS and Petroineos at Grangemouth to capture and store up to one million tonnes of CO2 by 2027 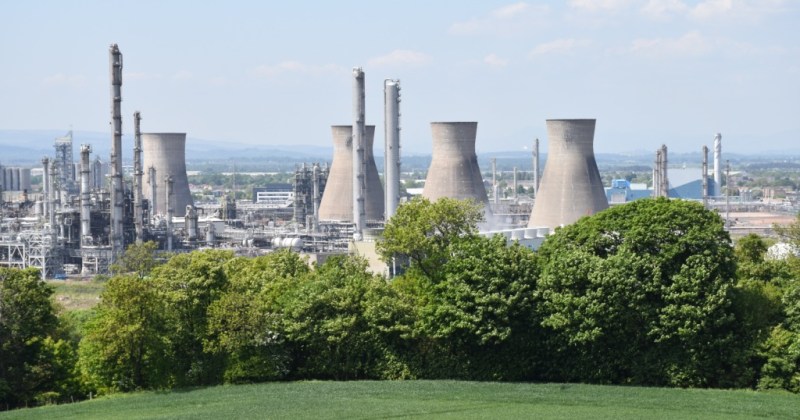 Pale Blue Dot, lead developer of the Acorn Carbon Capture and Storage (“CCS”) and Hydrogen Project in North East Scotland, today announced a Memorandum of Understanding with INEOS and Petroineos at Grangemouth to work together to develop Scotland’s first carbon capture and storage system linking Scotland’s industrial heartland to the Acorn CO2 transport and storage hub in North East Scotland by 2027.

INEOS and Petroineos own and operate one of Scotland’s largest manufacturing sites at Grangemouth. This initiative will cover their entire Grangemouth site and will enable the capture and storage of approximately one million tonnes a year of CO2 by 2027, with the scope to capture further significant volumes beyond this date.

Richard Lochhead, Scottish Minister for Just Transition, Employment and Fair Work, said: “It is very welcome that INEOS and Petroineos at Grangemouth have joined the Scottish CCS Cluster, partnering with the Acorn Project on plans to capture and store one million tonnes of CO2 emissions by 2027.

“Grangemouth is a leading manufacturing centre in Scotland and will play a vital role in our just transition to net zero. This announcement is an important step for unlocking that potential. We are supportive of the Acorn project, considered the most advanced CCS project in the UK. It, and the wider Scottish Cluster, has vast potential to support decarbonisation in Scotland, the UK and the wider world.

“Vitally, CCS also presents a huge opportunity to harness the skills and expertise of our current workforces to create many good, green jobs in the coming years. It is critical that the UK Government selects Acorn and the Scottish Cluster to be among the first CCU clusters to be awarded funding through its current cluster sequencing process. Today’s announcement from INEOS and Petroineos further strengthens the case for UK Government support.”

The announcement presents a pathway for Scotland to help meet its ambitious climate targets through effective carbon capture and storage. INEOS and Petroineos are the latest big industrial emitters to join the Scottish Cluster, which makes use of the Acorn Project Infrastructure to enable CCS, hydrogen and other low carbon technologies in Scotland and across the UK.

Commenting on today’s announcement, Andrew Gardner, Chairman INEOS Grangemouth, said: “INEOS and Petroineos at Grangemouth recognise the importance of reducing greenhouse gas emissions from our industrial processes. As a one of Scotland’s largest manufacturers and employers, we acknowledge that we are operating a CO2 intensive industry and we have a significant role to play in helping Scotland reach its Net Carbon Zero target by 2045.

“We have already made significant reductions since taking ownership of the site and we are delighted to be taking this further by supporting the Acorn CCS Scottish Cluster bid. Once operational, the carbon capture and storage system will provide an essential route to permanently and safely capture and store CO2 emissions for large industrial emitters throughout Scotland with significant positive impact for Climate Change and the country.”

The Acorn project is currently in the detailed engineering and design phase of development and is planned to be operational by the mid 2020’s, with the potential of achieving more than half of the 10Mt/yr of CO2 storage targeted by the UK Government’s Ten Point Plan for a green Industrial Revolution by 2030.