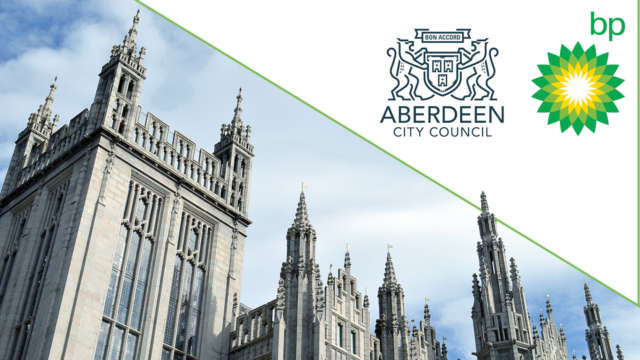 Plans which could eventually see Aberdeen become a pioneering exporter of hydrogen look set to take a major step forward.

Aberdeen City Council’s City Grown and Resources Committee will today be asked to sign-off proposals to create a joint venture with bp to deliver its Aberdeen Hydrogen Hub (AHH) project.

Councillors will also hear details on the proposed joint venture structure, governance, obligations, associated risks and the return on investment expected to the council through participation in the scheme.

Council officers have recommended that, subject to compliance with subsidy control legislation, councillors approve the appointment of bp as joint venture partner to deliver the Aberdeen Hydrogen Hub Strategic Partnership, following a public procurement procedure, and approval of the business case.

If approved, the plans will see bp and the council create a new company to deliver the plans.

A key part of the programme will involve the creation of Scotland’s first scalable green hydrogen production facility.

Phase 1, which involves delivery of a green hydrogen facility, is targeting first operations from 2024.

Future phases could then see production scaled up through further investment to supply larger volumes of hydrogen for rail, freight and marine, as well as supply of hydrogen for heat and potentially export.

Aberdeen City Council, in partnership with Opportunity North East (ONE) and Scottish Enterprise (SE), appointed Element Energy in 2019 to review the business case for the hydrogen sector in Aberdeen following successful pilot projects – including the Aberdeen hydrogen bus project and Council fleet deployment – but continuing market failure for wider commercial adoption of hydrogen.

The report concluded that collating hydrogen demand across fleets, increasing production and supply of green hydrogen by connecting to large scale renewable generators, and coordinating supply chain and training could lower the price of hydrogen and catalyse use by other growth sectors seeking to decarbonise (heat, industry, maritime, rail etc).

It is envisaged that the AHH will be developed in three phases in response to growing demands for hydrogen: