MEMBER NEWS: £100 million set to blow into Aberdeen in the next 20 years 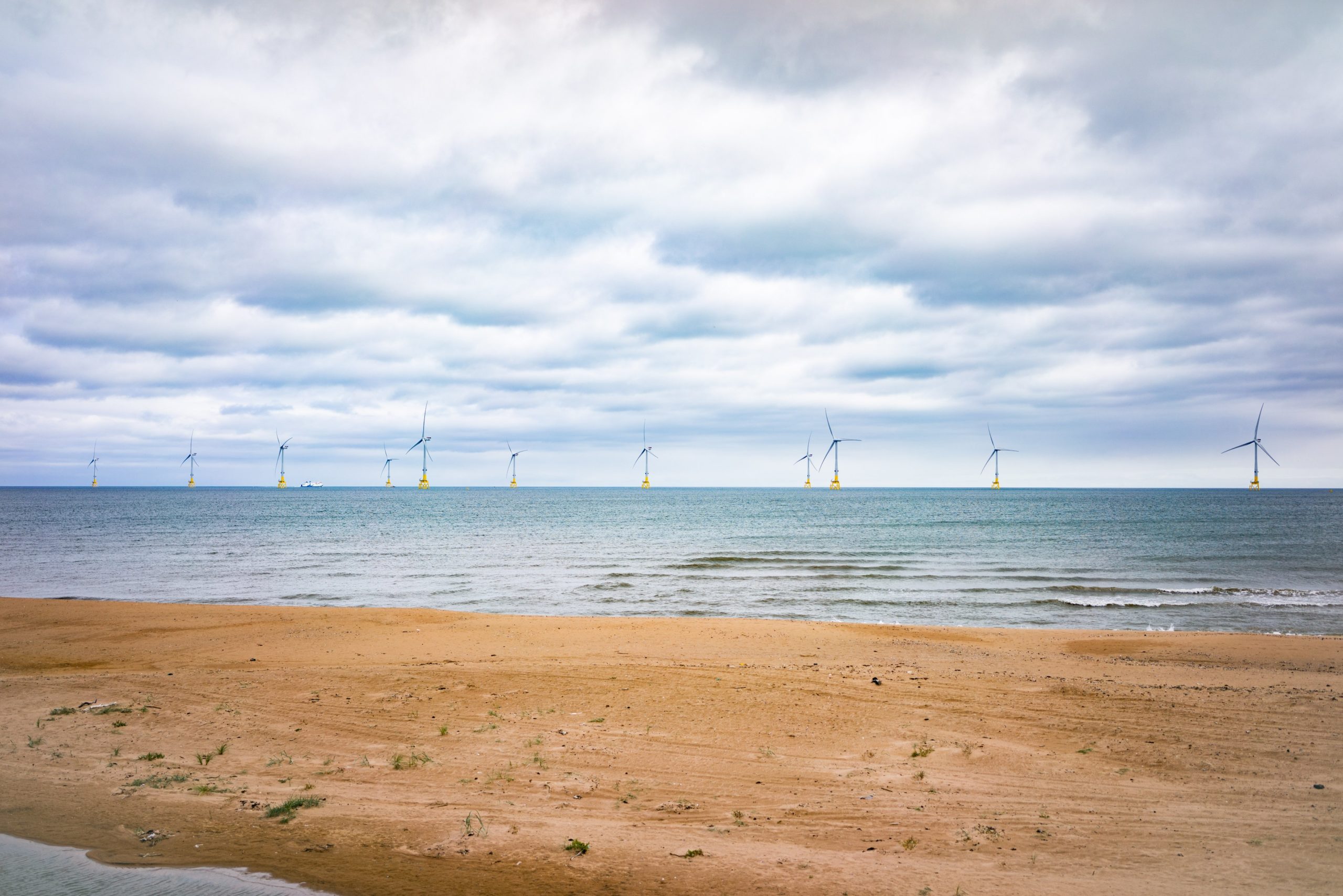 Local jobs, contracts and the Unlock our Future Fund connected to Vattenfall’s Aberdeen Offshore Wind Farm are estimated to generate well over £5 million each year for the Aberdeen and wider Aberdeenshire economy over a 20-year period within its operating life.

According to new socio-economic research carried out by Oxford Brookes University, spending linked to the operations and maintenance (O&M) of the wind farm is likely to lead to the creation of between 40 and 50 Full Time Equivalent jobs each year, through locally based contracts with suppliers and onward spending within the local community.

This total of 800-1000 jobs is considerably higher than the 660 new FTE jobs which were predicted during the project’s early development, highlighting greater than expected benefits for the local area resulting from long-term operation and maintenance activity.

The research assessed the socio-economic impacts of offshore wind farms, using the Aberdeen Offshore Wind Farm (also known as the European Offshore Wind Deployment Centre) as the main case study. The study is part of a much larger £2.75 million research programme hosted at the EOWDC which also examines bird and marine life around offshore installations. It is thought to be the largest research programme of its kind in the world.

A series of industry firsts have been deployed at Aberdeen including the most powerful offshore turbines in the world at the time of the wind farm’s construction, with one rotation of the turbine blades generating enough electricity to power an average UK household for twenty four hours.

The findings of the Aberdeen Technical Report have informed a Guidance Report on best practice for assessing the socio-economic implications and opportunities arising from the growth of the offshore wind energy industry. The Guidance Report provides a staged plan to help developers engage locally, including developing a community benefits fund.

The study found that Aberdeen demonstrated how important it is for developers to engage with the local community right the way through the project phases by providing regular updates, eliciting feedback, and raising awareness about the offshore wind industry.

In its first two rounds of funding, the Unlock our Future Fund has awarded over £200,000 to projects that enable fossil fuel-free initiatives in local communities. Awards include a contribution to the development of an interactive environmental education facility, and grants for low carbon heating initiatives such as air source heat pumps for community buildings in Newburgh. Funding was also awarded to purchase an electric vehicle for a home for adults with special needs.

Survey work on the sub-station employees indicated around 60% of the onshore construction workforce came from the Aberdeenshire area, and most of the remaining 40% from the rest of Scotland. In contrast, due to the small nature of the project, the short construction period, and the availability of workers with the required skills, a large percentage of the offshore construction team came from outside the local area.

Building on the experience gained constructing the EOWDC, Vattenfall has been working to help address the skills and supplier gap: more than 60 supply chain meetings have taken place across the country since 2018, reaching over 600 local and UK companies and stakeholders. Education and apprenticeship programmes in Kent and Norfolk have also been set up. The intention is to help establish local and national supply chains so UK companies can contribute to future offshore projects as well as opportunities in Aberdeen.

“Despite having just 11 turbines, albeit some of the most powerful in operation in the world today, Aberdeen Offshore Wind Farm is already proving its worth to the local area. We couldn’t be prouder of what our wind farm means for Aberdeenshire, and through the Unlock our Future Fund, the project will leave a legacy even after it has reached the end of its lifespan.

“There’s a tendency to assume that the opportunities linked to wind farms begin and end with construction. But as this study shows, the main advantages for the community and local economy come from the long-term operations and maintenance phases, which generate significant amounts of spending and jobs.

“With the Prime Minister having just announced ambitious plans for a huge increase in the UK’s offshore wind capacity, there’s a massive opportunity to build up the supply chain in this country. It’s very likely that much larger offshore wind farms, like Vattenfall’s planned Norfolk Vanguard and Boreas projects, will be worth billions of pounds to the economy over their lifespan, with multiple benefits for communities close by.”

“The impacts of offshore wind farms on the human environment, and especially on local and regional communities adjacent to such projects, is an under-researched area. Such communities are often suffering greatly from the decline in traditional industries, such as shipbuilding, fishing and tourism.

“Human environmental impacts include a wide range of social and economic issues. However, a lack of knowledge on the actual impacts of such projects can greatly hamper case management.

“There is a need for adequate planning and assessment tools for the key stakeholders – developers, consultancies, local, regional and national governments, development agencies and the general public— who are the audience for this Guidance Report. The aim is to aid the enhancement of local benefits and facilitate a positive developer-community relationship over a project’s lifecycle.”

“This research shows that, as a pioneering project, the Aberdeen Offshore Wind Farm has created significant economic and employment opportunities for the north east of Scotland. The experience and knowledge built through the development of the EOWDC has also identified where there are skills gaps regionally and is allowing us to create a stronger local supply chain. Through our membership, we are seeing many businesses diversifying operations and I would expect these specialist skills to be utilised for future offshore wind projects.”