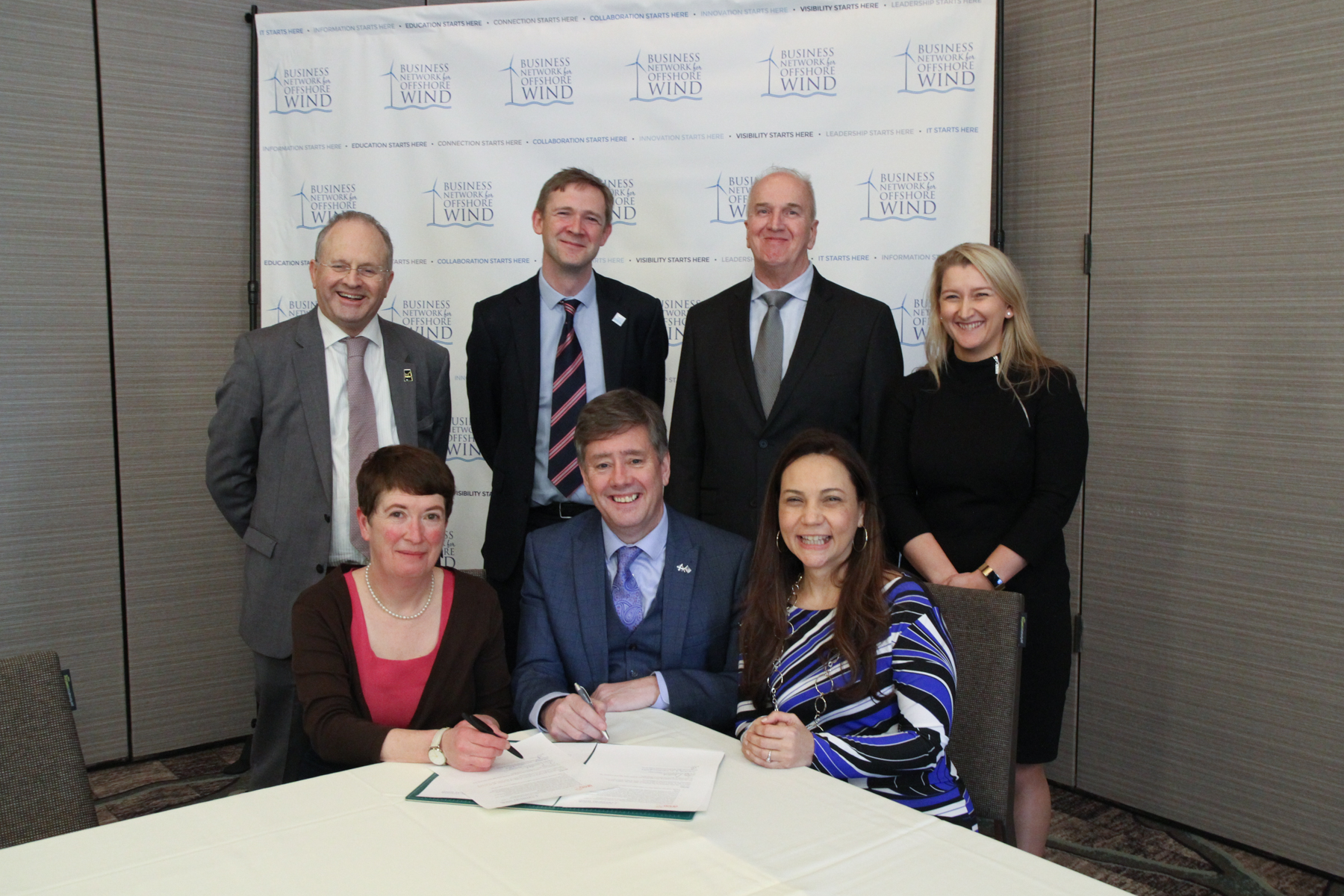 The Aberdeen Renewable Energy Group (AREG) has signed a Memorandum of Understanding (MoU) with The Business Network for Offshore Wind (the Network) in the United States.

The agreement, which was signed at the International Offshore Wind Partnering Forum (IPF) in Princeton on Wednesday (April 4), will see the organisations collaborate in pursuit of mutual commercial, strategic and policy interests in promoting the offshore wind industry in the U.S. and the UK.

Jean Morrison, chair of AREG said: “We know there is a drive in the U.S. to increase activity in offshore wind which means exciting business opportunities for U.S. and UK companies to work together to deliver these ambitions. With Scotland a leader in renewable energy, AREG is well placed to provide the skills and expertise required and I’m sure this partnership with the Network will bring huge benefits to businesses on both sides of the Atlantic.”

“We are thrilled to be teaming up with the Aberdeen Renewable Energy Group, which has done so much to make the UK an international leader in offshore wind,” added Liz Burdock, Executive Director of the Network. “We look forward to working closely with the AREG team on offshore wind supply chains, workforce development, and floating turbines, to name just a few of the opportunities we have for sharing and collaboration in both countries.”

“With global offshore wind expenditure expected to reach £210 billion in the next decade, this partnership offers fantastic potential for the Scottish supply chain to strengthen its presence in international markets and take full advantage of the growing export opportunity within the sector.”

The Network and AREG will work together to develop strategies, share access to government and business leaders in the U.S. and UK, advocate for international partnerships, and shape offshore wind policy in the two countries. Some specific actions could include the following:

This MOU will run for three years, at which point a joint review will be undertaken by the directors into its effectiveness in achieving its objectives.